Like nearly every other industry, brand wars exist inside the Digital SLR marketplace.  Like Ford and Chevy, Coke and Pepsi, Windows and Mac, you’ll find people who are loyal to death to their preferred brand of equipment.  Here’s a look at the popular digital SLR brands currently available. 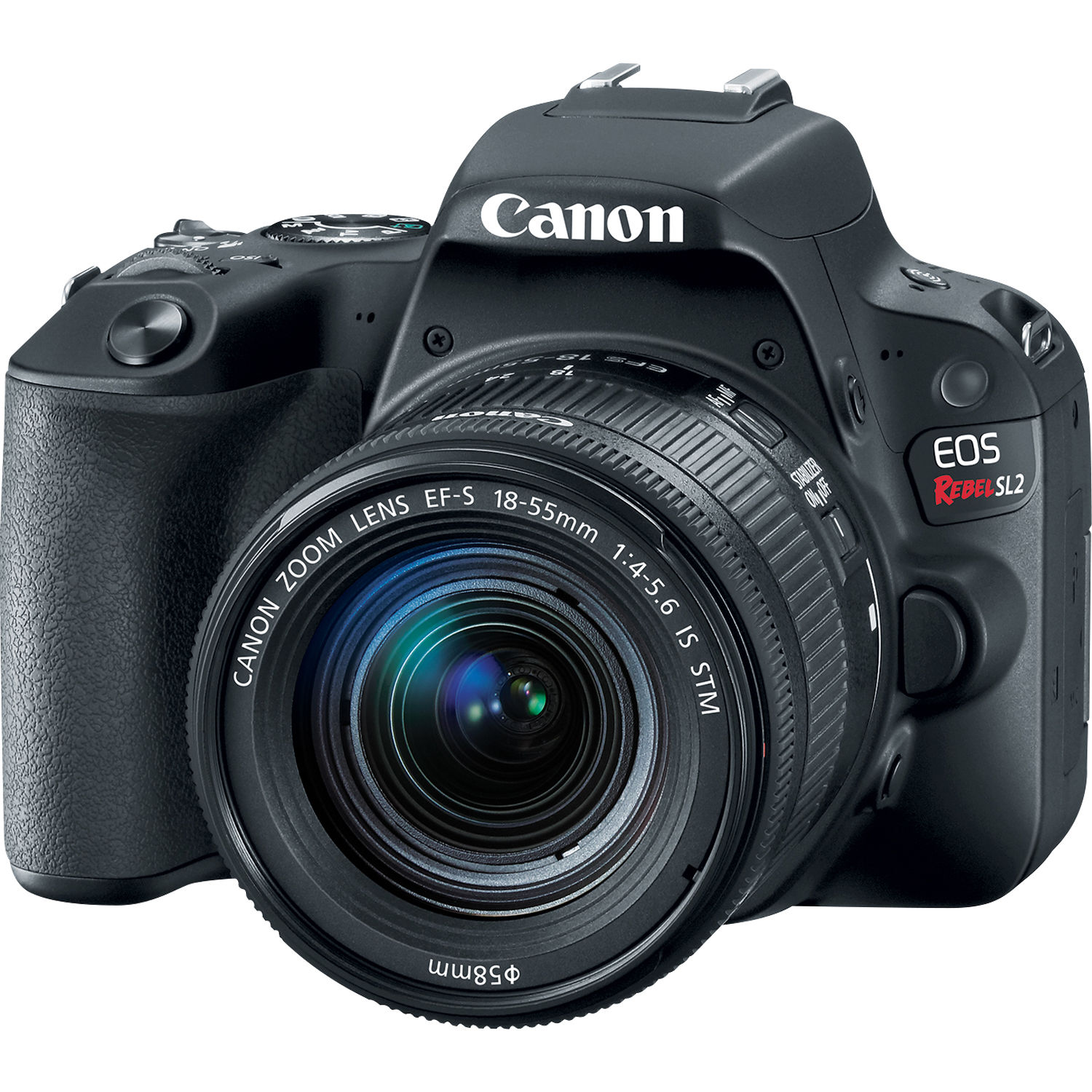 Considered one of the top two cameras manufactures, Canon has a long, rich history within the photography world.  Established in 1936 in Japan and has many firsts to its credit, like:

Today, Canon has considered one of the premieres manufactures of digital SLR cameras and lenses.  Their range is extensive and covers entry-level through professional level shooters in every aspect of photography.  Today, Canon is still most noted for their introduction of the full frame sensor in a digital SLR, and while they weren’t the first to have HD video in a DSLR, the 5d mkII is considered the best of all available video-enabled models DSLR Camera on the market. 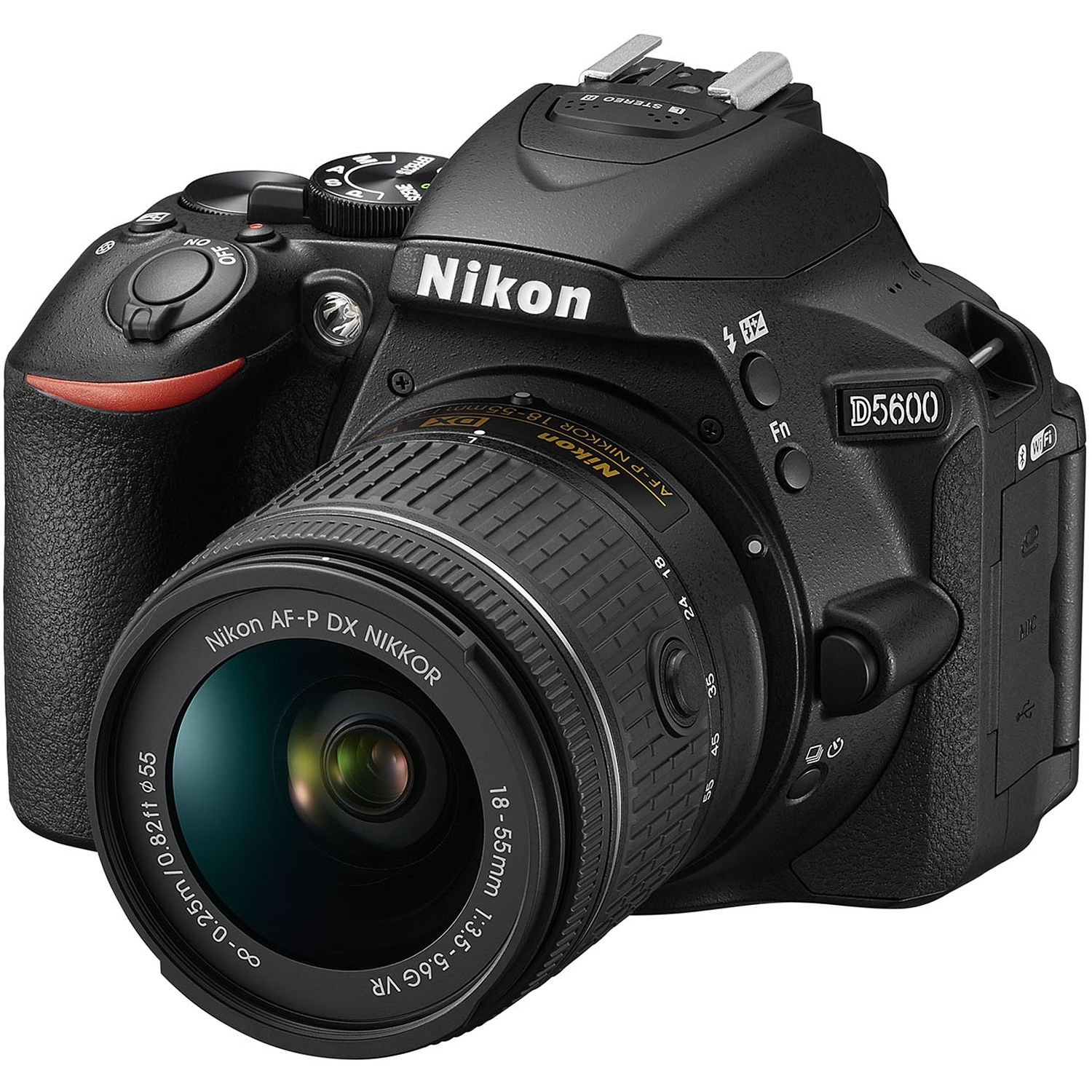 Nikon is the other half of the top camera manufacturers and a fierce (yet fun) rivalry between users of Canon equipment and Nikon equipment users often flares up on the Internet.  Nikon was originated in 1917 but didn’t start to gain more recognition until the 1950′s when it started to produce rangefinders that were aimed to steal some of the markets from Leica and Zeiss.  Nikon dropped their focus on the rangefinder market to focus more on the emerging and SLR market and introduced the F-series, establishing a 30-year reign of the series.  Nikon started to loose some of their market share in the 1980′s though as other manufacturers, primarily Canon and Minolta, pushed forward with their auto-focus systems and Nikon seemed to stay steadfast with their manual focus system. 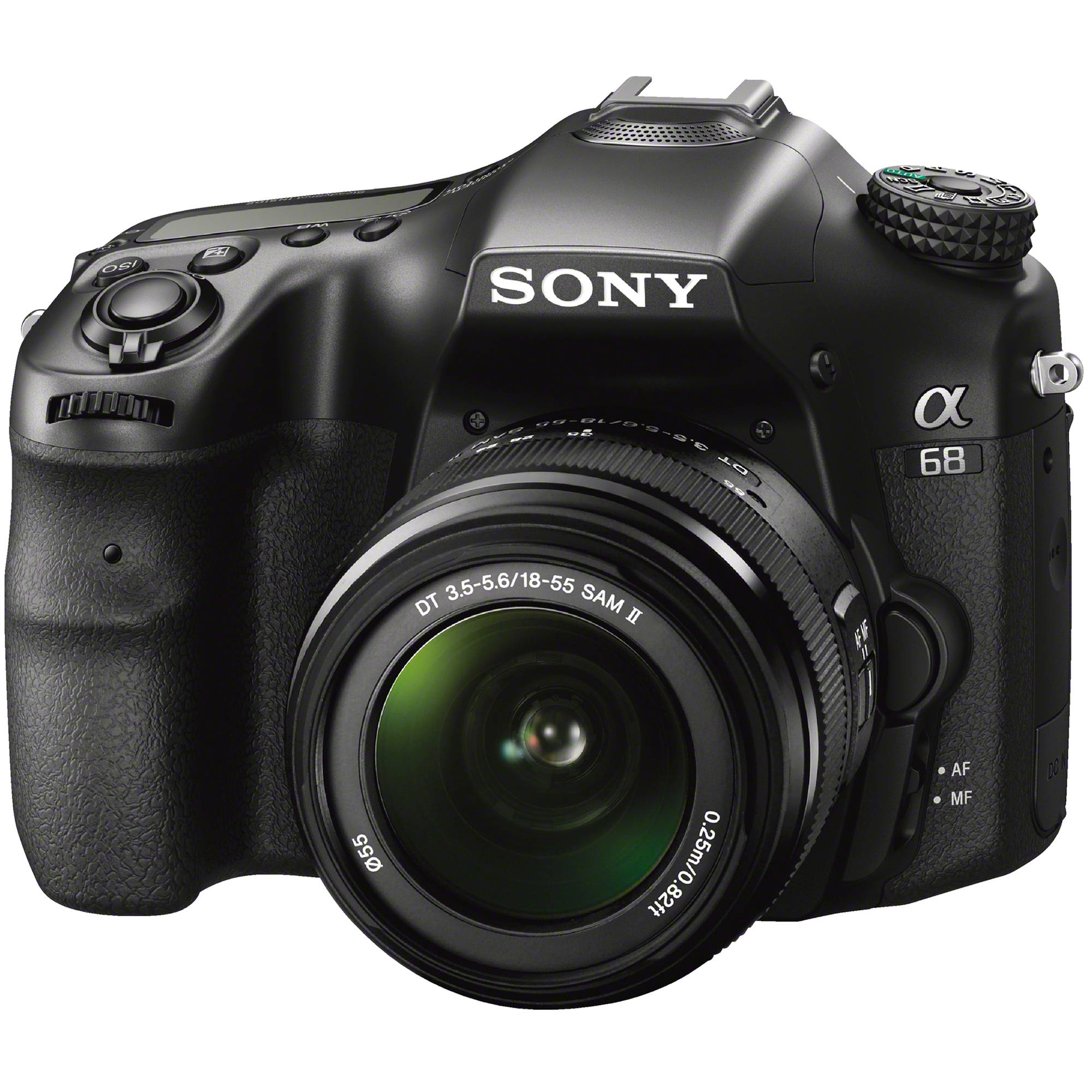 Perhaps one of the most recognizable names in consumer and professional electronics, Sony was a forerunner in the digital point and shoot camera market but didn’t enter the digital SLR market until 2006.  Sony purchased the assets of Konica Minolta when they folded, and utilize the Minolta auto-focus lens mount system.  Sony continues to offer a line of digital SLR cameras and lenses, some of their design and some previous rollovers from the Minolta line.  Many loyal fans of the Minolta system made a move to the Sony digital SLR body known as the Alpha line, but as a whole Sony has not had a lot of success capturing new photographers to the market. 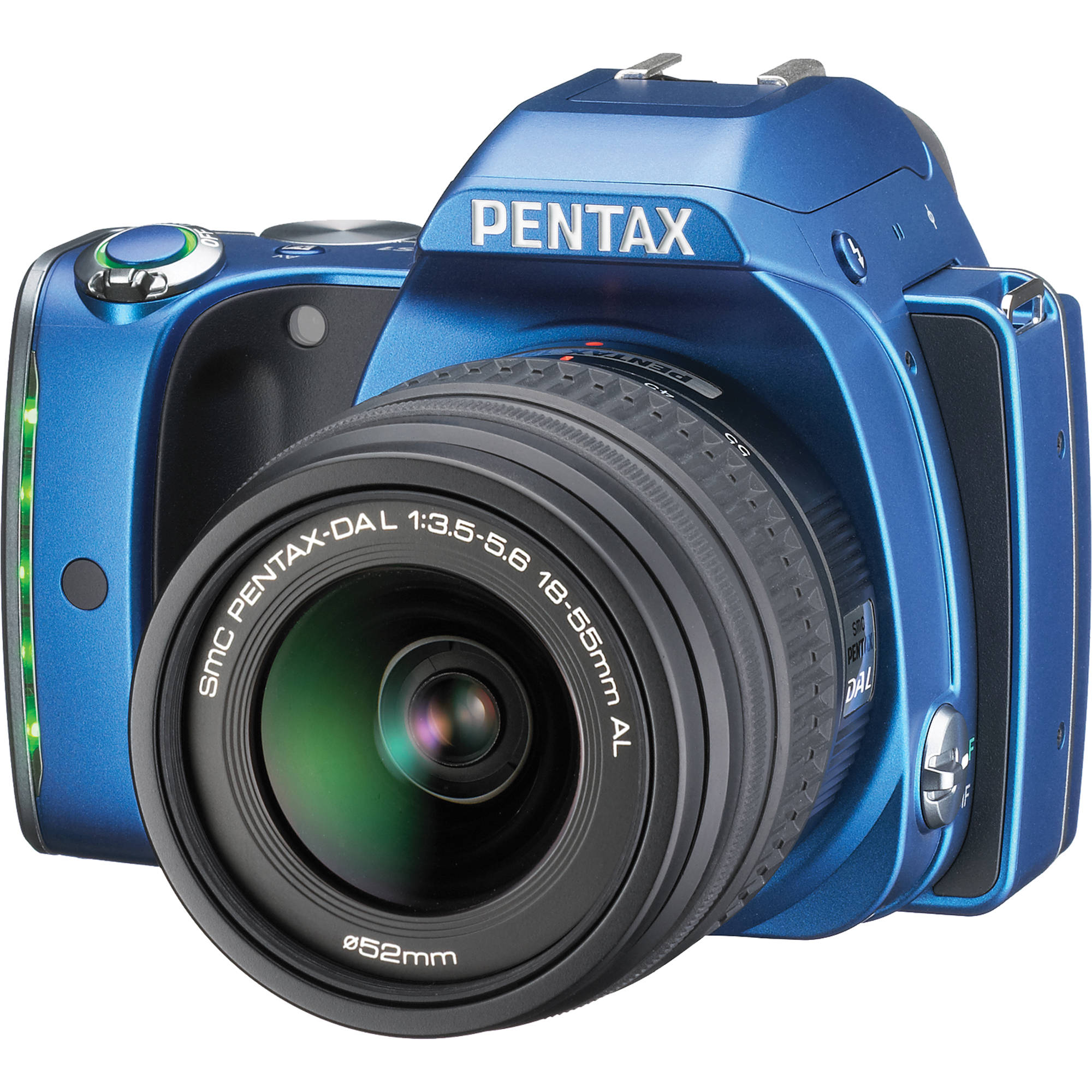 Founded in 1919 in Japan, originally called Asahi primarily made optics outside the photography industry.  By the 1950s the photography industry in Japan was running full steam, and the company moved into the popular SLR market, making Japans first SLR camera to use 35mm film.  Pentax made a successful line of film-based SLR cameras but was a bit late to the digital SLR market, entering in 2005 with a partnership alongside Samsung.  The *ist line of digital SLRs failed to capture much market share. However, the brand pushes on with the K line of camera bodies.  Mostly considered to be a consumer line of digital SLR camera bodies and a slim line of available lenses make Pentax’s future in the market is somewhat unsure. Founded in 1919 in Japan, Olympus specialized in microscopes and thermometers.  By 1936 Olympus started to produce cameras and in 1959 launched a truly new and innovative camera series called the PEN.  The PEN line took half-frame photographs, doubling the number of photos that could be taken on a roll of 36-exposure 35 mm films to 72 pictures.  Olympus continued to create cameras that had a following many enjoyed, including SLR and rangefinders, but it was among the last to develop an auto-focus system, thus losing many of their followers to competition.

Olympus is one of the leaders in digital cameras and is credited with creating the Four-Thirds standard.  Every other digital SLR manufacture uses sensors that replicate the 2:3 proportions of 35mm film; Olympus utilizes 4:3 ratios, after their PEN cameras.  They were also the first camera manufacturer to utilize a live preview system in digital SLRs.  Market demand for Olympus digital SLR cameras is strong due to the affordable price points and a wide range of lenses available.  The bodies tend to be smaller and lighter than most of their competition which makes them ideal for hobby and consumer photographers.  Their flagship line, the E series, still does not have a professional following in the same respects of Canon or Nikon though.  Most recently, Olympus is gaining a new following from the introduction of a digital PEN model line that is very compact, small and can still utilize every lens available for the digital Olympus line. 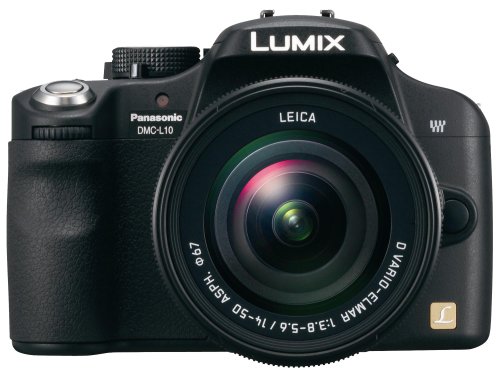 Often confused, Lumix is the digital line of Panasonic cameras.  Founded in 1918 in Japan, Panasonic is primarily a consumer and professional electronics manufacture.  They have had a working relationship with Leica for years though and the Lumix line of digital SLR cameras mostly all accept Leica lenses.  The cameras though are not wildly available and even though Leica lenses are some of the most desirable to shoot with, availability of the bodies and lens combination has not resulted in strong sales for the company.

Considered to be the gold standard of cameras by many, the German company founded in 1913 has produced some of the world’s most amazing film based rangefinders, still popular with photographers today.  The rangefinders rock-solid build quality and stunning lenses, lack of moving parts and small size were a favorite of war photographers and photojournalists alike, and the brand’s following grew quickly.  Entering the SLR market later than most, in 1964, most die-hard fans stayed with the rangefinders.

In 2009, much to the dismay of many fans, the R-system of cameras which included a digital module was discontinued.  Leica continues to make a professional grade digital SLR; however, the price points of well over $20,000 make it unobtainable to most photographers.

Also Read:- 6 Ways to shoot video like a professional videographer